The researchers from the article below “…expect their findings to be beneficial to enterprises and other organizations in developing the next layer of defense.”

The next layer of defense is already here. The MetaFlows Security System uses behavioral analysis (along with the traditional signature detection) in order to catch even the stealthiest of Malware. It can even catch things that were in the network before it was deployed!
Read the TechNewsWorld article below to find out more about why, regardless of company size, having the most intelligent network protection is key. Then go to www.metaflows.com to find out how to get the most intelligent network protection.

Malware is not new and yet ever-evolving. Companies need to strengthen security practices and tools in order to stay ahead, or at the least, stay in the game! With attacks and costs sharing an rising trajectory, information security should be the top of every IT director’s list. Read about it from the perspective of a CSO:

Find out how the MetaFlows Security System is keeping steady in the war against Malware and defeating enemies with innovative and cost efficient technology!

The MSS Global Enterprise (MSS GE) is a complete turn-key security system intended for large Enterprise or Government networks, and includes advanced Malware/Botnet detection, Intrusion Prevention, Log Management/SIEM, and integrated vulnerability assessment. The MSS GE controller can be deployed either as a high performance Appliance (starting at 1200 Events/Second) or as an Amazon EC2 instance (AMI). The MSS GE sensors can be easily provisioned on off-the-shelf hardware (up to 10 Gbps per sensor) running Linux CentOS/RedHat, high-performance Appliances, VMware or on Amazon EC2. 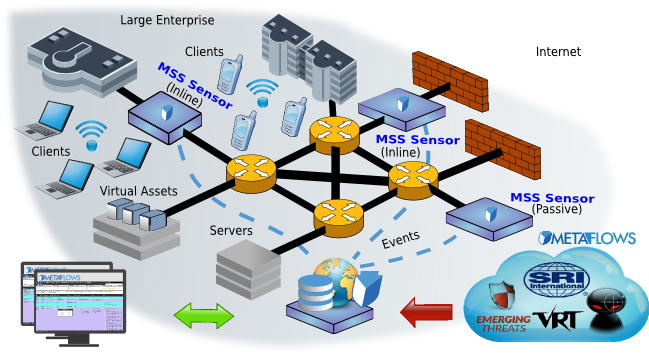 No, UPS does not have a package waiting for you and that prince in Nairobi does not really want to give you $50,000, no matter how well thought out his plan is.

The article below details how, with just a bit of training, even your typical end-user can become more savvy and avoid those pesky phishing emails, thus saving your network from nonsense. 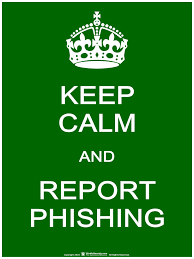 Find out how the MetaFlows Security System, by utilizing Network Level AntiVirus and an Internal File Carver, can notify on and prevent pesky phishing scams.

You can always visit the MetaFlows Website for more information.

PF_RING load balances network traffic originating from an Ethernet interface by hashing the IP headers into N buckets. This allows it to spawn N instances of Snort, each processing a single bucket and achieve higher throughput through multiprocessing. In order to take full advantage of this, you need a multicore processor (like an I7 with 8 processing threads) or a dual or quad processor board that increases parallelism even further across multiple chips.

In a related article we measured the performance of PF_RING with Snort inline at 1 Gbps on an I7 950. The results were impressive.

The big deal is that now you can build low-cost IDPS systems using standard off-the-shelf hardware.

You can purchase our purpose-built Hardware with MetaFlows PF_RING pre-installed, giving you a low cost high performance platform to run your custom PF_RING applications on. If you are interested in learning more, please contact us.

PF_RING DNA performs the hashing of the packets in hardware (using the Intel 52599 RSS functionality) and relies on 16 hardware queues. The DNA driver allows 16 instances of Snort to read packets directly from the hardware queues therefore virtually eliminating system-level processing overhead. The limitation of DNA is that (1) supports a maximum of 16x parallelism per 10G interface, (2) it only allows 1 process to attach to each hardware queue and (3) it costs a bit of money or requires Silicom cards(well worth it). (2) is significant because it does not allow multiple processes to receive the same data. So, for example if you run “tcpdump -i dna0″, you could not also run “snort -i dna0 -c config.snort -A console” at the same time. The second invocation would return an error.

GCC is the standard open source compiler that comes with CentOS 6 and virtually all other Unix systems. It is the foundation of open source and without it we would still be in the stone age (computationally).

ICC is an Intel proprietary compiler that goes much further in extracting instruction- and data-level parallelism of modern multicore processors such as the i7 and Xeons.

All results are excellent and show that you can build a 5-7 Gbps IDS using standard off-the-shelf machines and PF_RING. The system we used to perform these experiments is below:

The graph above shows the sustained Snort performance of 4 different configurations using a varying number of Emerging Threats Pro rules. As expected, the number of rules has a dramatic effect on performance for all configurations (the more rules, the lower the performance). In all cases, memory access contention is likely to be the main limiting factor.

Given our experience, we think that our setup is fairly representative of an academic institution we have to admit that measuring Snort performance in the absolute is hard. No two networks are the same and rule configurations vary even more widely, nevertheless, the relative performance variations are important and of general interest. You can draw your own conclusions from the above graph; however here are some interesting observations:

We describe below how to reproduce these numbers on Linux CentOS 6. If you do not want to go through these steps, we also provide this functionality through our security system (MSS) pre-packaged and ready to go. It would help us if you tried it and let us know what you think.

The idea behind this Innovator’s service is that one can place sensors strategically around an enterprise and send the outputs to the cloud where advanced processing performs a host of security functions to result in more efficient, faster and more accurate functions than doing the same ones on-premises. Add global intelligence gathering to give depth and breadth to the core data available and you have the MetaFlows Security System (MSS).
In terms of Network Security, SC Magazine knows how to zero in on the important. As part of their end of year review of the best products, they felt inclined to mention us. And not just mention us, but review us.

Creating a security culture is not easy, but it is definitely beneficial. Click the link for some helpful and interesting points.

Dear CSO, do you know how to build security culture? 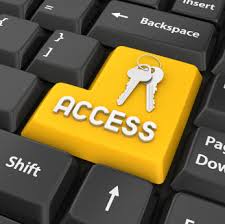 With so many points of access to your network, you need manageable visibility and protection, especially if you do not have a strong security culture.